Since 1946, Holly High School has been known as the home of the “Bronchos.” It’s actually pronounced Broncos, but with an H. When I first saw it back in December, my reaction was “W-T-H?” Many people, including school alumni and town residents, had no idea why it was there. Well, I went to Holly to solve this mystery.  ~ Duff Tyler 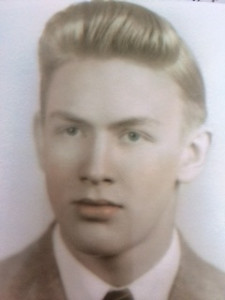 Bruce Dryer
Inducted “Broncho” Hall of Fame – January 31, 2014
Athlete 1943-1946 & Distinguished Service to Holly … Bruce was instrumental in the selection of the Broncho as our mascot.

Bruce was the student council president I 1945-46 and as mentioned briefly earlier, played a major role in the selection of Bronchos as the Holly High School mascot.  Letters were sent to area schools inquiring about their mascot in an attempt to make certain that we did not duplicate another.  The “Bronchos” selection was made by the student body in 1946. 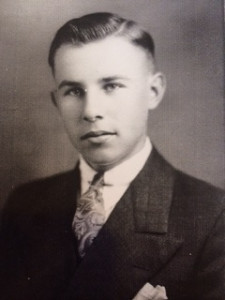 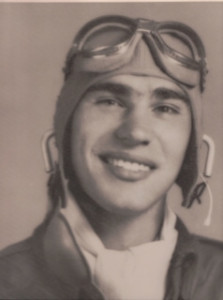 Back in the day our school colors were orange and black. In 1938, Holly resident and owner of the Holly Hotel, Mr. Dallas Winslow offered to purchase band uniforms. One catch…he would not purchase orange and black since our arch rival Fenton also had those colors.  He would purchase red and gray.

It was shortly after that when seniors and best friends Wilbert ‘Bill’ McKeachie and Robert ‘Bob’ Bravander were hanging out one rainy day. They loved music and often enjoyed playing the Cornell University fight song. It was then, on that rainy fall day, that they decided to write a fight song for Holly High School.  Since the fight song was written in 1938, 2013 marked the 75th anniversary of this original score.

The original words were slightly different as our colors were red and gray.  The original text read,  “The red and gray will lead the way to fame and glory come what may”.  28 years later in 1966 our colors changed one more time, this time to red and white. The reason was that athletic uniforms with red and gray were difficult to find.  The fight song was altered slightly to the words we have now which are, “we’re red and white, we’ll lead the fight, to fame and glory come what might”.